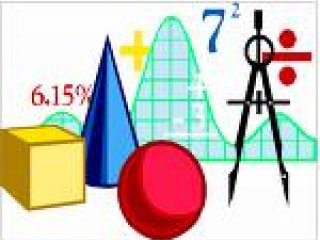 Our Math Helper course will prepare our students to successfully learn Algebra by helping them build a solid mathematical foundation. Our course aims to build the confidence necessary to further our students’ education in mathematics, with particular emphasis placed on problem-solving skills and good habits.

* You have 4 weeks to complete this course from date of your enrollment.

After completing this course, you should be able to:

In module one, we will begin by covering number basics.  We will move on to working with variables and the order of operations for both integers and fractions.  Before wrapping the module up, we will look at the rules of exponents, positive and negative integers and zero powers.

In module two, we will work on operations using the decimal system.  Also included in module two is how to use expressions and equations, and non-integer calculations. Additionally, we will examine how to calculate percentages, equations, and how to figure mark-up and discounts.

In module three, we will review inequalities and linear functions.  We will discuss how to find slope, intercepts, and graph linear equations.  Also included in module three is how to find the midpoint and use distance formulas, and find the perimeter and area of a selected section.

This last module will refresh you on operations with monomials and polynomials. We will review techniques to approaching word problems and engage with real-world applications of your math knowledge.

Ed4Career is committed to being both environmentally conscious and making it easier for you to study! We’re making your education mobile! All of our textbooks are now provided as eTextbooks. You can access them on your laptop, tablet, or mobile device and can study anytime, anywhere.

The move away from physical books to eTextbooks means you get the latest, most up-to-date version available. This also makes your training more accessible, so you can study anywhere you have your phone or tablet. The best part is that all materials are included in your training cost so there are NO extra fees for books!

*Dial-Up internet connections will result in a diminished online experience. Classroom pages may load slowly and viewing large audio and video files may not be possible.